VOICE FOR THE VOICELESS 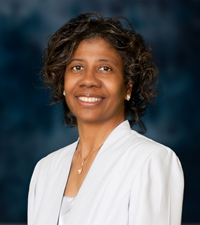 In 2008, what started as one woman’s personal quest quickly spread to become a rapidly growing grassroots initiative.

Andrea Hardaway’s mother (Belinda) was diagnosed with Spasmodic Dysphonia in 1997. Like most people Andrea nor her mother had ever heard of vocal disorders.  As a matter of fact, they both thought Belinda was struggling with (at best) a really bad case of laryngitis.

However, more than one year later, Belinda (a, once, outgoing woman) was barely able to utter much more than a whisper.  Years went by with no success in recovering her voice.  The situation posed challenges in just about every single facet of life (holding conversations, talking on he phone, ordering food, speaking up in the workplace, reading to grandchildren, etc….).

Andrea was determined to do whatever she could to help her Mom and others on their journey to reclaim their voices. 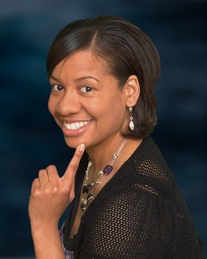 In 2008, Andrea launched the first social network dedicated to those impacted (in any way) by voice problems.  The goal was to find 30 people around the world who could relate to one another.

This grassroots effort gained traction quickly.  What started out as a handful of members quickly grew to more than 2,000 members from all around the world.

One thing became clear, regardless of the diagnosis or geographic location… the complication of living with a vocal disorder are the same.  Voice challenges are impacting lives all around the world and the people with these conditions need their voices to be heard!

Over the years, the grassroots social network expanded  to include a public forum use to drive social awareness to the human side of vocal disorders.

In April 2017, a small team of volunteers worked to facilitate the first-ever international event for World Voice Day (an annual day of recognition that takes place on April 16th).   This event was implemented as an online summit called Vocal Unity, which was made possible by partnerships with:  Australian Dysphonia Network, Faces of Head and Neck Cancer, and the World Voice Day council.

Drawing attention from voice expects and patients around the world, the grassroots initiative began to transition to a more formal organization designed to have massive impact in the voice health space.

In late 2017, the Association for Vocal Disorders was formed as a registered 501(c)(3) non-profit organization in the United States.  The founding Board of Directors included the following members:

There are countless people in the world fighting to recover their voice. Together, we can help them make some noise.

Our Voice Awareness Campaign is raising funds to help get the word out about voice disorders.

Please consider giving.  You contribution will help give a voice to the voiceless this year!